In this document we will explore NR5G SSB in detail. We looked into a brief introduction on SSB in NR cell search in previous document CELL SEARCH IN NEW RADIO — 5G.

SSB is transmitted in 4 OFDM symbols across 240 subcarriers and in pre-defined bursts across the time domain on the configured PRBs. The bursts periodicity in terms of time slots depends on which subcarrier spacing numerology is configured.

A UE assumes that reception occasions of a physical broadcast channel (PBCH), Primary Sync Signal(PSS), and Secondary Sync Signal(SSS) are in consecutive symbols and form a SS/PBCH block. The UE assumes that SSS, PBCH DM-RS, and PBCH data have the same Energy per Resource Element(EPRE). The UE may assume that the ratio of PSS EPRE to SSS EPRE in a SSB in a corresponding cell is either 0 dB or 3 dB. These assumptions by UE are critical for channel estimation of SS blocks and cell search.

Based on the subcarrier spacing, the number of slot/symbols can vary in 5/10ms time period We have 5 different categories in process to identify the SSB start symbol index:

The set of SS Blocks transmitted as mentioned in the table, define a SSB burst. Start symbol index defines the slot where the first symbol of SSB will be transmitted, and 3 other symbols will follow. You can also refer to python based utility to identify the start symbols indexes for all the cases mentioned above using 3GPP_NR_5G_SSB_Indexes.py.

A UE determines the 2 LSB bits, for L = 4 (start symbol indexes in half frame), or the 3 LSB bits, for L > 4, of a SSB index per half frame from a one-to-one mapping with an index of the DM-RS sequence transmitted in the PBCH. For L = 64, the UE determines the 3 MSB bits of the SSB index per half frame by PBCH payload bits. The SSB periodicity can be configured by higher layer parameter ssb-periodicityServingCell. The UE may assume half frame periodicity i.e. 5ms if not configured by higher layer. For initial cell selection, the UE assumes SSB periodicity to be 20ms i.e. 2 frames.

In the frequency domain, an SS/PBCH block consists of 240 contiguous subcarriers with the subcarriers numbered in increasing order from 0 to 239 within the SS/PBCH block. The location of PSS, SSS, PBCH and DMRS for PBCH are given by table below –

Where v is given by Cell-Id Mod 4.

As we discussed in the previous document, SSB location is not fixed in cell bandwidth like LTE, which had PBCH and PSS/SSS around centre frequency. The position of SSB in frequency domain is identified by higher-layer parameter offsetToPointA and by the higher-layer parameter ssb-SubcarrierOffset. The quantity Kssb is the subcarrier offset from subcarrier 0 in SSB common resource block to subcarrier 0 of the SS/PBCH block. Where SSB common resource block is obtained from the higher-layer parameter offsetToPointA and the 4 least significant bits of Kssb are given by the higher-layer parameter ssb-SubcarrierOffset. If ssb-SubcarrierOffset is not provided, Kssb is derived from the frequency difference between the SS/PBCH block and Point A. SS block signals would apply default numerology defined per frequency band/range so that UE in initial access can assume single numerology for these signals. However, in case of NSA carrier access, NR supports the indication of SCS used for SS block transmission so that the mixed numerology between the data/control can be avoided.

For SS/PBCH block in numerology 0 and 1, SSB common resource block is expressed in terms of 15Khz subcarrier spacing.

For SS/PBCH block in numerology 3 and 4, SSB common resource block is expressed in terms of 60Khz subcarrier spacing.

Below is a diagram showing the time and frequency allocation of SS/PBCH block.

Data arrives to the coding unit every 80ms. The following steps can be identified –

PBCH payload is of 56 bits including 24 bit CRC. The content consists of : 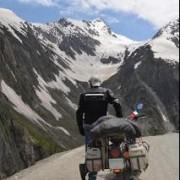 How To Resolve Public Cloud FQDN Locally From Windows 10

After 4G-Why 5G is Required

Check Also
Close
Connect Us
Weather
Mumbai
Scattered Clouds
33 ℃
33º - 30º
58%
5.14 km/h
32℃
Fri
34℃
Sat
33℃
Sun
30℃
Mon
31℃
Tue
Subscribe to Our Channel
Facebook Twitter LinkedIn Pinterest WhatsApp Telegram Viber
Back to top button
Close
Learn Share Transform | JOIN NEDALearning   NEDA Learning is an online learning community. you can join instructor-led courses, write blogs, share stories, and other world-class publications.   It is a place for the technical enthusiast, course instructors, bloggers, influencers, speakers, writers, and other professional practitioners to share their work for creating transformation in people's life by learning and sharing.   You can join this community to grow your network around a topic and get heard by the community to create an active learning experience.