simple expose of a container service can be done in Dockerfile using expose directive and with command line as well.

A more scaled and production use case could be accessing your container app using name-based/host routing or path based routing. this functionality can be easily implemented using Traefik edge routing.

Basically an edge router works a doorway to your platform which is able to check or intercept every request which comes to your platform. edge router like traefik listens on a particular port and receives traffic requests for your container platform in form of the path, the host, or headers and redirect them to the service which can handle that request based on rules defined during configuration.

traefik is easy configurable edge routing for your ingress routing needs which auto-discovers new services in your platform and adds route for them without any configuration. vice versa is also true. whereas traditional edge routing/reverse proxy apps need a configuration file that contains routes to your services. traefik just keep itself in contact to docker API and listens to any spin up or spin down of containers and accordingly add/deletes route for them.

connectors which fetch service information via cluster API are called providers and provide configuration to traefik in real-time.

Below is the working example of how to do the setup of traefik edge routing for docker containers in a cluster.

Illustration of edge routing with Traefik

to test this piece of code you should have docker and docker-compose installed in your machine.

create a docker-compose.yml file in a directory, where you can use reverse-proxy service using traefik official image.

start your revery-proxy traefik service with below command

a simple routing service is enabled for you which can work as reverse proxy now.

let’s see how traefik auto-discovers on the launch of new services. to do so just add below line of code at the end of your docker-compose.yml

Start the whoami service with the following command:

When Traefik detects new services, it creates the corresponding routes so you can call them 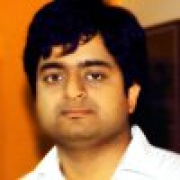 A Tech Geek | Meditator | Writer | Vedic Scholar | Speaker who loves to write about technology and humanity for personal and professional transformation.

Suffering is not ultimate, Allow help to come in.

All About Kubernetes Port Types

Connect Us
Weather
Mumbai
Mist
33 ℃
33º - 28º
62%
5.14 km/h
32℃
Mon
32℃
Tue
32℃
Wed
30℃
Thu
29℃
Fri
Subscribe to Our Channel
Facebook Twitter LinkedIn Pinterest WhatsApp Telegram Viber
Back to top button
Close
Learn Share Transform | JOIN NEDALearning   NEDA Learning is an online learning community. you can join instructor-led courses, write blogs, share stories, and other world-class publications.   It is a place for the technical enthusiast, course instructors, bloggers, influencers, speakers, writers, and other professional practitioners to share their work for creating transformation in people's life by learning and sharing.   You can join this community to grow your network around a topic and get heard by the community to create an active learning experience.